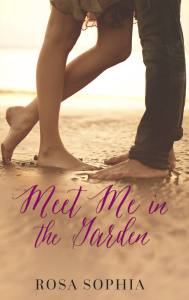 Memories of another life, and the garden where it all began, keep Amalie Jarvis awake at night.

A columnist for a popular magazine, she attends a function in Palm Beach at the famous Breakers Hotel, only to cross paths with graphic designer Ian Gardner—who appears to hold the key to her visions. The more time they spend together, the more Amalie realizes how much she wants to be with him. And how much she fears admitting that she loves him.

Ian can’t remember the past, but he is drawn to Amalie with an intense passion he’s never felt before.

Many moons ago, they met in a garden. Different names, different faces—but their souls were still the same. Unable to resist her, Ian falls deeply in love. He remains by her side as she battles severe facial pain, not knowing what it is or if it could kill her. Frightened for her, he swears his adoration without ever speaking the words.

But their devotion has dangers, and they’re about to be faced by hazards neither of them could have foreseen…

Rosa Sophia lives in South Florida in a cottage by the sea. She is an automotive technician, crazy cat lady, and member of the Editorial Freelancers Association. She is the author of numerous novels including Meet Me In the Garden, Over the Ivy Wall, Orion Cross My Sky, and The House Guest.