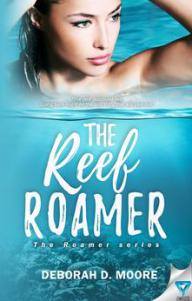 Jayme Haller embarked on a new career as a means of therapy after her husband died from a shark attack while they were scuba diving in the Caribbean. As The Reef Roamer, Jayme did video travel-logs of popular travel destinations that included underwater scenes for divers and snorkelers alike.

After five long years, her assignment took her back to very place her husband died and unknowingly into the arms of the doctor she blamed for not saving him…

Dr. Mark Steele was haunted by the memory of a beautiful young widow with the greenest eyes he had ever seen. Her husband had been brought to his clinic after a shark attack, but the man was already dead when they rushed him in. Five years passed and now she was back. Did he dare admit what part he played in her past and risk losing the love of his life? 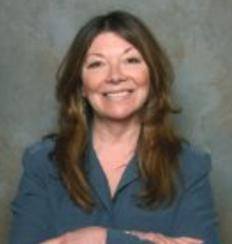 I live a quiet life in the Upper Peninsula of Michigan, with my cat Tufts. Born and raised in Detroit, the kid of a cop, I moved to a small town to raise my two young sons. After that, I moved to an even smaller town to pursue my dreams of being self-sufficient and to explore my love of writing.

Being a life-long prepper, I have done numerous articles for magazines, and speaking engagements at conventions regarding the subject.

My first published novel, The Journal: Cracked Earth, made the Best Seller’s list in just six weeks. Book two of the series, Ash Fall, went to the printer eight months early because of the unprecedented popularity and book three, Crimson Skies, is proving to be even more popular. Raging Tide, the fourth book in the series, was to be the final chapter, but I am delighted to announce that book five (Fault Line), The Journal Trilogy (a compilation of the first three books), and A Prepper’s Cookbook, all to be published in 2016. Also, I’ve started book six in The Journal series.

As an added note, I recently signed with Limitless Publishing for a romance series. The first of The Roamer series is The Reef Roamer, with an anticipated release in July of this summer.

I also host a couple of blogs, which you may enjoy: